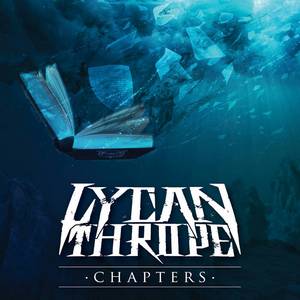 Metalcore – the mere mention of it in 2018 is enough to make some metal fans run screaming through the hills. While some look at it as a dying/dead format, due to it being utterly beaten to death in the early/mid 2000s due to the successes of bands like Killswitch Engage and Unearth, it did leave a lasting mark on the scene. Newcastle act Lycanthrope sit as a band certainly influenced by the movement, but with enough time away from its heyday, are a reminder of what makes it an enjoyable one.

If you are familiar with the general metalcore format – harsh/clean vocal patterns, breakdowns, groovy riffs – you have a good idea of what to expect with Chapters. It doesn’t deviate too far from the norm in many regards, but the band’s energy and passion towards it ultimately makes the album stronger. It doesn’t hurt that they don’t overdo the breakdowns either. They allow some proper build-up to them, which makes for higher devastation, and they don’t shy away from some heavier moments outside of them either. Sure, there are plenty of sugar-coated choruses to be had, and vocalist Daniel Greig has a solid set of pipes that never become too saccharine (even on the rock-ish ballad “Follow My Name”). But there’s still some searing aggression and melodeath influence to be had with “Wings” and “Bitter Resistance,” which lean much further towards Bleeding Through in tone than say, a band like It Dies Today.

A sense of combining the heavier nature of metalcore with some undeniably catchy choruses, Lycanthrope have a bit of their cake and eat it too with Chapters. Those with a bit of nostalgia for the zenith of the metalcore era will find Lycanthrope to have studied it well, and perform it with the same level of zest that the larger names execute it with.