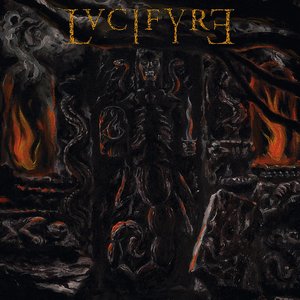 It’s been a bit of time since Lvcifyre came up on the radar. In fact, their sophomore effort, Svn Eater, was released back in 2014 and Sacrament is the first new music since then. While some may have hoped for a full-length, the EP does showcase four new tracks (admittedly three and a mood-setter) as well as a cover of Kat’s “Morderca” to bump the runtime past towards the 25-minute mark.

The band pick up exactly where they left off 5 years ago in terms of their sound. No one is really expecting a 180 degree turn with this sort of material, but it’s nice to hear that the band is fully entrenched in their darkly blackened death metal vision. The riffs fall into either more deathly or doomy territory, offering bleak atmosphere and relenting attacks to switch things up. Something that “The Greater Curse” wastes no time in getting into as the song accelerates from moody to caustic. But it’s the frenetic attack of the title track that really delivers the ultimate rush. Opening with vibrant blasts and heavy as nails riffs while ominous growls fill the air, it’s sure to knock you back on your seat. But there’s an excellent change-up a few times that allows more dread to fill in the gaps without damaging momentum. As noted, the last track is a cover that’s notably distinct from their usual approach as it lays into the thrash origins significantly, but it’s still a fun track to close things out on a slightly different note.

An enjoyable ‘welcome back’ for Lvcifyre, even if it does simply stick to what the band does best. Enough to reignite the passions and whet extreme fans’ appetites, Sacrament is solid blackened death metal with just enough atmosphere to enrich it. 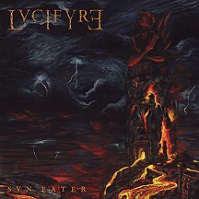