Yo dudes, do you like breakdowns?  Do you like things to get HEAVY?  Are you under the age of 20?  If you answered yes to at least two out of three questions immaturely posed, chances are you fall squarely into Lorna Shore’s intended audience (sadly, this scribe does not qualify).  Born of the same fire that has been working overtime to churn out the next Thy Art is Murder, Whitechapel, or Carnifex, Lorna Shore play the same soulless, indistinguishable deathcore that the metal industry has been pushing endlessly for the past few years.

Unlike a few solid deathcore acts that felt some originality was in order (Fit For An Autopsy, Ovid’s Withering), Lorna Shore hit all of the deathcore clichés without thinking twice.  Giggle-inducing “clever” angry titles like “Cre(h)ate,” an over-reliance on breakdowns that slow the music down to an absurdly slow pace that guts it of any memorability and traction, and raging guttural vocals with a few rasps thrown in, Maleficium could be one of many different bands all vying for the same piece of the deathcore pie.  Much like their brethren, the transition between blasting death metal and brooding breakdowns is abrupt and feels as if they just decided, “enough with the fast stuff, let’s just switch things over to another crushing breakdown”, making these switch-ups unnecessarily jarring.  Transitions are meant to allow for change, not simply bounce from one thought to the next.

If there is one positive to be said for Lorna Shore, they do at least make the effort to put in a few quality solos (see “Maleficium”) in amidst the otherwise uninspiring deathcore landscape.  There is definitely a market for this material in present times (again, refer to the opening paragraph) and every genre has it’s copycats but albums like Maleficium are frustrating to applaud when there are so many more original and innovative albums out there sitting in relative obscurity. 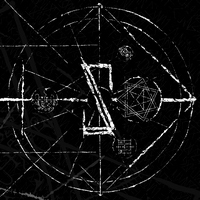