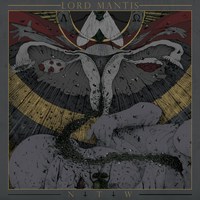 Following a rather public and less than amicable split that resulted in the departures of members Charlie Fell and Ken Sorceron following the disgustingly ear-pleasing Death Mask, the future of Lord Mantis was up in the air. Bill Baumgardner and Andrew Markuszewski vowed to move forward with the band, and enlisted ex-Indian members Dylan O’Toole (vocals) and Will Lindsey (bass) along with guitarist Scott Shellhamer to round out the band. NTW is the first music we’ve heard from this new iteration of Lord Mantis.

Markuszewski and Baumgardner have done a good job of maintaining the Lord Mantis sound given the significant line-up changes. Opening up with “SIG Safer” quickly reminds the listener how filthy and caustic the band can be (it probably doesn’t hurt that Indian fell into similarly grimy quarters), yet it still maintains a certain compelling quality to it. Kind of like being drawn to continue looking at an accident as you drive by it. Nonetheless, the title track slows things down and allows more of the sludgy, doomy elements to creep closer to the surface, as does “Final Division,” closing out the album with plenty of nihilism and claustrophobia that had already been piling up with “Semblances.” If there is one small complaint, it’s that sonically, it doesn’t seem as diverse as Death Mask, but the lack of diversity is made up for in caustic atmosphere and heavier feeling.

For those who had been wondering how Lord Mantis was going to fare after 2014’s split, NTW is a nice taster that has potential to keep the band name set at its high bar. The diversity issues shouldn’t take much to fix, as the band fleshes things out for a full-length effort, and the promise of keeping things filthy yet hook-laden continues to be the band’s best quality. 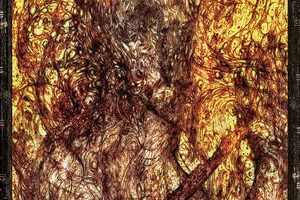 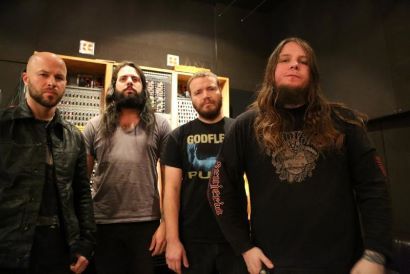