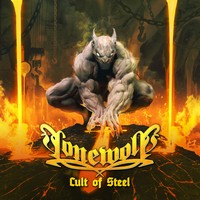 Being in Lonewolf ain’t quite as rosy as it is being in Powerwolf, that’s for sure. While Powerwolf has made a surprise surge to the top of the European power metal heap, Lonewolf’s trajectory (whatever that may be) has leveled off into a morass of acceptable, but quasi-bland clichés. All this for a French band who were originally formed in 1992, split in 1996, returned in 2000, and in the process, have managed to pop out seven albums, the most recent of which is Cult of Steel, which originally saw European release at the tail-end of 2014.

As noted above, Lonewolf are a bunch of Frenchmen, but their sound is about as German as one could get. Largely borrowing from the cement-shoe’d constant double-bass pillage that is a basic rudiment of German (or classic) power metal as a whole, Lonewolf don’t have much of an issue coming up with semi-stirring, nimble-footed tunes, such as “Hordes of the Night” and in particular, “Blood of the Heretic.” It should also be noted vocalist Jens Borner occasionally takes on the form of Grave Digger throat Chris Boltendahl, a happening that is quite obvious on the Running Wild-inspired “Hell’s Legacy,” which probably could pass for a Rock ‘n’ Rolf-approved tune if lyrics about Calico Jack were used. (Running Wild also appears to be a direct influence on Lonewolf. There are worse bands to be influenced by, wardrobe choices notwithstanding.)

When a band is so attuned to its influences to the point of unabashed plagiarism/worship, it’s no wonder why they’re in such a mid-level state. Such a predicament may not matter for Lonewolf, who have been doing this for their last several albums, each with varying degrees of success. Cult of Steel certainly won’t change that narrative, so if one is trying to figure out how a proper Grave Digger and Running Wild mash-up would sound, here you go. 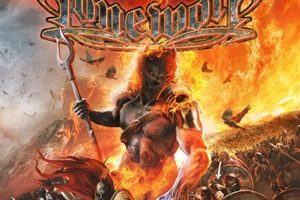 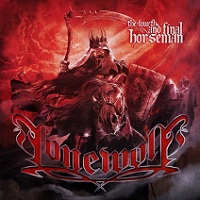 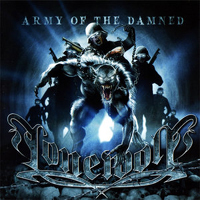