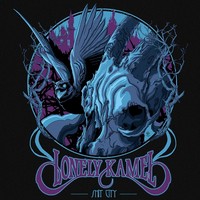 Better be careful with that title, Lonely Kamel fellas – you have to know some smarmy “journalist” is going to mutate it improperly to accompany a bad review. DR has progressed beyond such things in our ever-increasing age, although it would be quite easy to take such bait. But, “Shit City” does sound cool; wonder if it has the potential to become a cool new catch-phrase, ala “That band last night was shit city.” Or, “The Browns sure played like shit city on Sunday.” (Editor’s note: The Cleveland Browns are sometimes referred to as the “Brown Stains” in reference to taking a #2. How creative.)

Shit City is the fourth album from these Norwegian vintage rockers, who haven’t tried very hard to differentiate themselves from the rest of their like-minded brood. In fact, most of this album feels pretty interchangeable with the recent works of Graveyard, Rival Sons, Scorpion Child, Orchid, et al. (We could have kept going.) With an analog, stripped-down production job in tow, Lonely Kamel has little difficulty sounding fuzzy and/or vintage. Such things play into their hands on cuts like “White Lines” and the rollicking “I Feel Sick,” which could be the only song here that could nip at any metallic heels. Reserved, and jam-based songs like “Is it Over” and “Freezing” certainly don’t do the trick.

No big issues here other than this album is one gigantic vintage rock rehash and will more than likely not amount to much in the staying power department. Moreover, it’s indicative of where the retro rock scene is going as head we head into 2015 – these bands are largely out of ideas, unable to get their heads out of their chosen decade (that would be the 70s), which means more generic, faceless albums such as Shit City will hit the bricks. Or go down the tubes. Or be flushed. You get the idea. 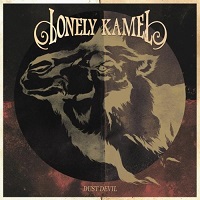