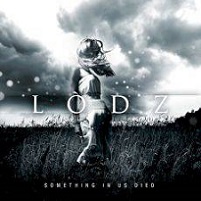 Even deeper we go into what now constitutes as second-tier post-metal, essentially the bands left to sort through the rummage now that Isis is gone, Cult of Luna are experimental, and Neurosis may have aged themselves out of the equation. France’s Lodz pick up on all the prime motivators for the above trio on their Something in Us Died debut, and while the use of clean vocals provide a necessary side-adjustment to the regular proceedings, the album has that familiar, yet comforting feel.

As normally is the case, those big, brash guitar walls are the way to go, offering some brute (“Detachment”) as well as some melodic fluctuations (“Walking Like Shades”), most of which come to benefit the album’s overall pace and flow. In fact, Lodz doesn’t appear to have the tendency to get all burrow-y with Neuro/Isis heavy sonics; there’s a particular form of delicacy in their tunes that – for argument’s sake – ends up reminding one of the post-rock figurations that in more cases than not, end up in this forum. But, it’s the clean vocal surge of guitarist/vocalist Eric that serves as Lodz’s primary separator, with the man serving up wails and emotive lines that serve to heighten numbers such as “The Rope” and “Close to the Flames.”

Being that the post-metal game isn’t nearly as wide-open as it used to be, an ample opportunity exists for Lodz to stake out whatever remaining pieces of land they can find. The cupboard isn’t totally barren, and with the clean vocal action in tow on Something in Us Died, Lodz might be of use.