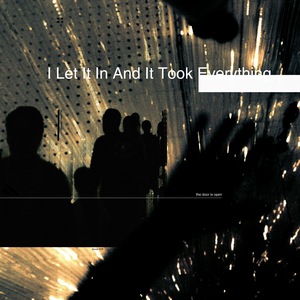 A modern band that has been catching more and more buzz, Liverpool’s Loathe make for an interesting listen. It’s one of those bands that you can hear a large number of different influences, yet in the end it somehow seems to work out. The short version is, if you are into metal bands with a more modern sound, Loathe have crafted something that will grab your attention and keep it.

It’s probably possible to list out for the rest of the review the sheer number of moving parts Loathe involve in their music, but the main things you’ll hear involve metalcore, post-metal, alt rock, and a bit of djent. Couple that with a sound that brings in electronic elements, dreamy atmospheres, downtuned chugs, and even a few blastbeats and you can imagine the amount of patchwork that exists listening from start to finish. It’s due to all of this that it will really take a number of listens to ‘get it.’ You might initially question some of the moves that cause the band to move from melancholic atmospheres to a wall of sound that borders on noise, but it eventually clicks. With the different attacks and approaches, those wanting some blistering heaviness will find it in the more metalcore-esque “Broken Vision Rhythm” or the Deafheaven meets groove metal crunch of “Heavy is the Heart that Falls with the Weight of a Thousand Words.” There’s a Deftones-like vibe to the way they approach ‘heavy with atmosphere’ as the lead-off “Aggressive Evolution” bounces around rumbling heaviness and screams with clean vocals and a more airy atmosphere. “Is it Really You?” is a gorgeous ballad that manages to avoid sounding awkward/clichéd due to a large dose of sincerity and the right amount of heaviness injected into it. Likewise, “A Sad Cartoon” feels very alternative rock, but the dark atmosphere that it churns out makes it feel at home on the release.

I Let it in and it Took Everything has so much going on, but the reward as it sinks in is worth the time investment as long as you are comfortable with a more modern approach. It’s both physically and emotionally heavy, and the drifts between atmospheric and battery will keep you on your toes. There’s a reason why hype has been building around this act, and this release proves that they could very well come out as one of the forerunners in this genre.