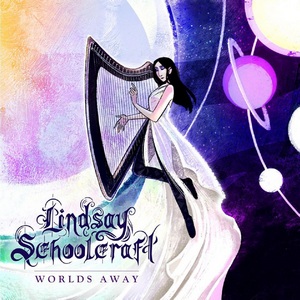 While not entirely a new release from Lindsay Schoolcraft, Worlds Away represents a rather unique way of celebrating her musical past (10 years and counting). Mostly consisting of songs she has done throughout her career (outside of Cradle of Filth that is), it’s an interesting twist in that these songs have been redone as electric harp as the centerpiece, along with some electronics and strings. Add in two new songs made for this album entirely, and you have not only a collector’s piece but a way of bringing in quite a few new fans with the inspired approach.

Those who thought that last year’s Martyr evoked some major gothic sentiments from the early 2000s are going to cherish Worlds Away. With the quieter arrangements, many of these tracks feel more like dark fairytales – cinematic and spellbinding in their tone and entirely soaked in melancholy. Also bubbling up the surface, outside of the gorgeous sounding harp, are Schoolcraft’s vocals. This is a release that really allows her to shine. “Where I Fall,” from Martyr, is near breathtaking on the vocal front. The floaty atmosphere and gloomy strings gives Schoolcraft just enough backing to make that track into a first-rate ballad that balances darkness with a hint of ethereal sunshine peeking through. The track is followed by one of the two new songs, “Dance on the Strings,” which conversely acts as a real gut punch with its lyrical spin on being manipulated and somber string/harp section. Enchanting is really the best one-word description of this release, pick a song and you’ll be quickly taken by it.

While Worlds Away is not hitting any of those metallic aspects some might long for, it makes up for it in a thoroughly engrossing gothic atmosphere that is sure to captivate with its serene sonic landscapes. Its an intriguing approach, done entirely within Schoolcraft’s character, and you can tell that a lot of TLC went into the restructuring of these tracks to give them a new twist. Truly a dream that you won’t want to wake up from. 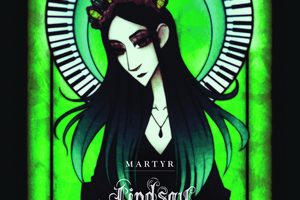