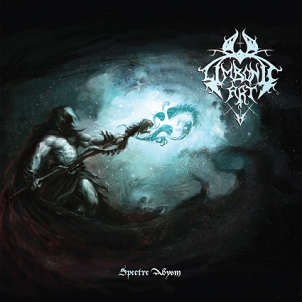 It is, at least, reassuring in some form that main Limbonic Art man Daemon has never lost sight of the black metal prize. After all, the band was one of the few snapped up by Emperor guitarist Samoth’s Nocturnal Art Productions label, making them a marked band in Norwegian black metal circles. 1997’s In Abhorrence Dementia remains Limbonic Art’s only true standout, the rest of the catalog littered with unmemorable bouts of direct, but frustratingly bland ideas. New albums appear to be at a premium for Daemon, with Limbonic Art last heard from via 2010’s Phantasmagoria, which came and went. It appears the same fate will befall Spectre Abysm.

The wrinkles that often accompany black metal’s better bands simply aren’t here with Limbonic Art. Daemon routinely, if not at will, shoves his compositions through the hyper-speed picking ventilator with no course of diversion or dynamics. It’s all right there on opener “Demonic Resurrection,” a ten-minute bulldozer with little or no intention of achieving balance. Instead, a simply unyielding barrage of basic, un-engaging tremolo picking goes down. While a few moments of barbaric triumph are noticeable during the opening barrage of “Triumph of Sacrilege” and “Through the Vast Profundity Obscure,” the songs prove themselves as being too much of the same, tired thing.

Limbonic Art’s black metal elder-statesmen status does not warrant a free pass. Rather, it heightens the bar, which clearly, Daemon is unable to meet. A shame, really, for here’s one of the second wave of Norwegian black metal’s first true foot soldiers, a band who could have gone on to do some impressive things, but instead prefer to release middling, uninspired music.