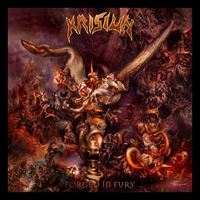 Much like Kataklysm, the road paved for Krisiun has largely been set in stone. They’ve been in the game for so long at this point that it would be strange to expect something completely out of left field to grace a new album at this point. So, again much like Kataklysm’s latest – if you enjoy Krisiun you know what you’ll be hearing with little to no surprises.

Forged in Fury is Krisiun’s tenth full-length. Everything that has taken the Brazilian band this far into their career is on display here. Militant drumwork that marches the band forward (which may be a little too high in the mix) into furious speeds, with equally scorching riffs and blazing solos. Coupled with the enunciated barks the band is known for and we are off to the races. There is some slowdown here and there, with some interesting melodies (see “Soulless Impaler”) as the tempo slowly begins to rise back up to the nutso levels. That’s really been one of the keys to Krisiun’s appeal – knowing when to lay off the blasting and toss the listener a bone without compromising brutality and aggression. Tracks like “The Isolated Truth” and “Ways of Barbarism” are sure to be live favorites in this regard and show that the band still has what it takes.

Not really feeling the need to belabor the point on an album like Forged in Fury. It’s Krisiun – plain and simple. If you dig their uncompromising approach to death metal, you’ve probably already pre-ordered this one and made plans to see them this fall. Categorize this one under the “solid but unsurprising” folder. 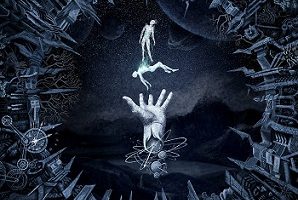 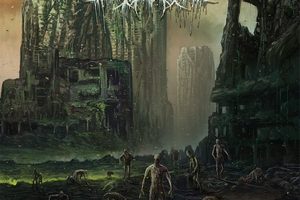