Not too long ago, we featured Konkeror as a band you might have missed, citing The Abysmal Horizons as an album worth checking out.  We at DR weren’t the only ones thinking that Konkeror needed some more exposure, as Lacerated Enemy Records have swooped up 2012’s The Abysmal Horizons and are currently re-issuing it for the rest of the world to enjoy with some snazzy blue artwork (though there was something trippy and cool about the original cover) and a Bolt Thrower cover.

For those that have not taken the time to check out The Abysmal Horizons, you are missing out and need to remedy your situation as soon as possible.  In a world of copycat death metal, Konkeror stand tall as going in their own direction.  Combining a variety of different approaches (death, thrash, melodic death, and some atmosphere) and taking cues from the likes of Morbid Angel, Melechesh, Nile, and Death, there’s really never a dull moment to be found.  They successfully merge the aesthetics of old school death metal with a modern production and edge.  The guitars sound massive and clear, giving a heft to the songs.  The other big plus here are the vocals.  Varied and brutal yet entirely decipherable, they add another layer to the diverse palate already described.

What keeps Konkeror standing strongest is their attention to riffs.  Not afraid to lay down some spectacular shredding from time to time, they balance this with some eastern melodies and atmosphere.  Just listening to the opening track, “I, Monolithic” will give you an indicator for how easily the band changes gears from an onslaught of shredding to the eastern-inspired melodies.  “Towers” and “Incantations” will then complete the picure, with the band slowing their tempo down to pull more atmosphere in.  Throw in some technical aspects from time to time, and you can see how the band keeps things going in their favor.

The Abysmal Horizons is a need to hear album for those into death or thrash metal.  No ifs, ands, or buts about it.  To echo the band you might have missed piece, hopefully we’ll get some new material from the band soon. 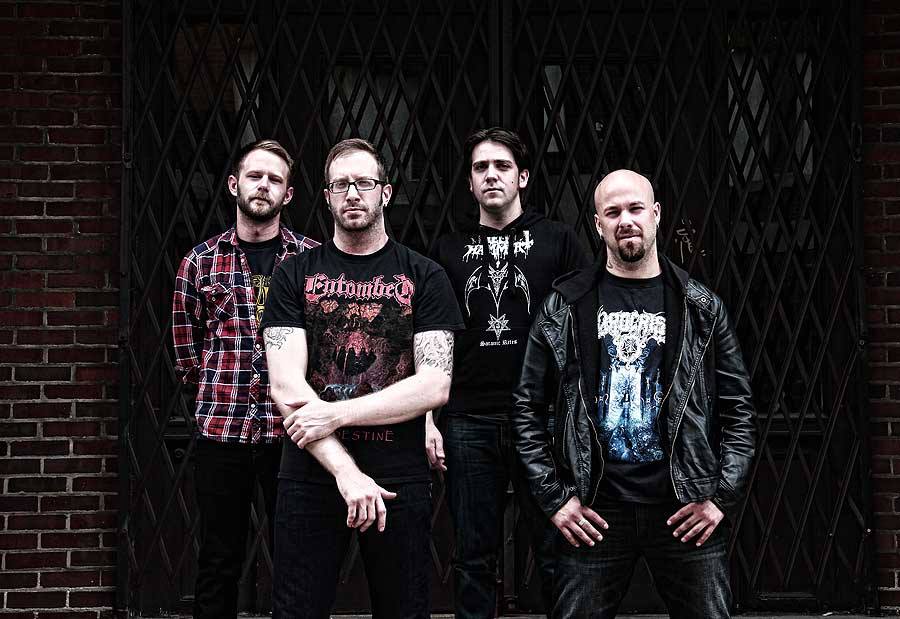 Band You May Have Missed: Konkeror