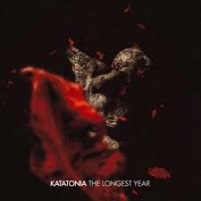 In this day and age, EP’s are pretty worthless. Bonus material gets slapped on the ‘net in a heartbeat, rendering special releases like this null and void. In the case of Katatonia, their swelling fanbase should be all over The Longest Year EP if only to continue to supplement the glory that is Night Is the New Day. You can’t get too much of a good thing. Right?

Comprising of the song

“The Longest Year” (which is magnificent), a b-side in the form of “Sold Heart” (which should have been on the album instead of “Nephilim”) and two remixes and two videos, this EP provides a legitimate segue into the band’s upcoming touring cycle. “The Longest Year” was the ideal choice for a second single anyway, for its dark swaths and chilling mood rank as a definitive highlight. “Sold Heart” is another barely-metal number, seeing singer Jonas Renkse weave his spell over a bed of gentle guitars. The remix version of lead single “Day and Then the Shade” is tolerable, even though it has the second verse removed, while a similar remix of album throwaway “Idle Blood” reaffirms the notion that the song is indeed, a rare throwaway.

We cannot emphasize the value of Night Is the New Day enough, so considerThe Longest Year EP to be just a reminder of how potent that album has become. Now, where are those North American tour dates