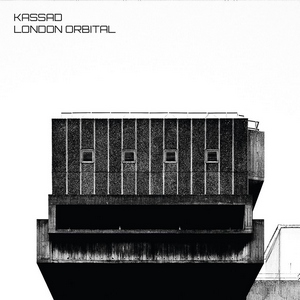 Back in 2017, Kassad impressed with Faces Turn Away, an album that made for an interesting merger between more corrosive black metal elements and the gloom of modern urban life. The same theme is applied to the band’s latest outing, London Orbital, though some of the more corrosive elements from the last album have been removed. Despite that, it’s a fluid album that sets itself apart from others in the post-black realm.

There’s still plenty of black metal-inspired moments on London Orbital, but they aren’t as venomous as something like “Madness” on their debut. Instead, these blackened elements have more succinctly fused with their ability to generate large amounts of anguish and despair – as per the buzzing guitars of opener “The Boundary.” Some of the industrial/electronic elements still remain as well, which feel quite fitting to the band’s urban theme and setting (see “The Hopeless”). There’s something almost Katatonia-like about the gloom that the band sows throughout the album, and this separates them from a number of the ‘post’ that have that similar vibe (see “The Concrete”). This melancholic and miserable tone seems to culminate on “The Hollow,” where it feels like the last shreds of hope are beginning to fade like the sun – it’s a crushing feeling, and one that not a large number of bands can really convey – something that does benefit from listening to the album from start to finish in one go (it’s only 38-minutes).

The bleak darkness that radiates from London Orbital is one that fully submerses you. It’s not a happy album, and nor does it need to be. Instead, it fuels a sense of longing and misery that feels unnerving and still somehow, enjoyable. Kassad have found their niche with ‘urban black metal,’ and it offers the listener a glimpse into unflinching sorrow. 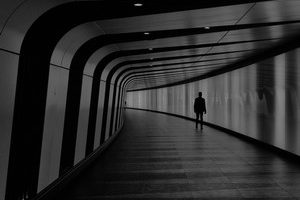