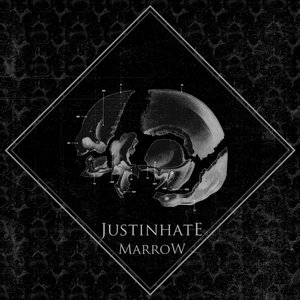 The past few years has seen some bands within the hardcore spectrum shifting back towards a metallic crunch (as opposed to a more melodic sound). It is a breath of fresh air to see, giving the music back some added bite that contemporary peers just can’t seem to heft the way that they should. Justinhate easily falls into this category and seems a prime candidate to progress things further as they continue their trek.

It’s immediately noticeable that it’s hardcore in nature, with the aggression backing the instruments/vocals but there’s something more to it. The guitar tone is thick and gritty. It doesn’t take it so far as to go old school Swedish death metal (thankfully, though they come close with “Ignis”), but it’s clear that the hardcore aggression is nicely coupled with a heavier and darker approach. The atmosphere behind it all only aids in this regard, not really a post-metal vibe, but there’s a rather ominous feeling when the band decide to slow things down to the mid-tempo or below (and a slightly melodic sense in tracks like “Evigheden Skal Knuses”). The vocals are what you may expect from the sound, but they hold their own and never become too dominating in the mix. If there’s one thing to fault the band with, it’s creating too much of a darkened atmosphere, to the point where the songs start to blur together, as the formatting doesn’t change as much as one might like. An added focus centered with the riffing next time around might be an easy fix, but it’s not too damning in that regard.

Plenty of bite to back up the bark seems an adequate description of Marrow. It’s energetic and has an enjoyable sense of bleak atmosphere behind it without slowing the pacing. A little bit of song blurring, but if you are looking for some hardcore that can peel back some paint, Justinhate might just be what you are looking for.