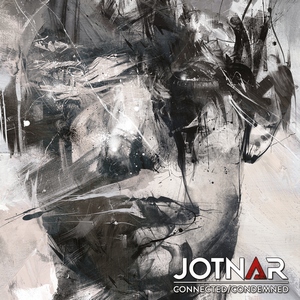 Is it an unwritten rule that melodic death metal bands have to have Bjorn Strid as a guest vocalist on their album, particularly if it’s a debut? For good reason of course, as the man is the gold standard for the genre at this point, and it’s a good way for some to check out the band. Case in point for Jotnar, who have spent the last five years honing their debut full-length, following 2012’s Giant EP.

Those who long for the In Flames of old (or at least the Colony/Clayman iteration) should find Connected/Condemned to be a favorable listen. Some songs practically scream classic In Flames in their dual guitar harmonies and energetic leads, all but guaranteed to put a smile on your face. “I, Paradox” is the quintessential example here, with an impressive harmony that’s certain to embed itself into your brain for a solid week before it even ends. “Starved of Guidance,” “Missing Shadows,” and “The Lonliness Legacy” all choice cuts as well – taking a more modern approach to melodeath, with the old school jaw-dropping melodies finding a way into the formula with little difficulty. “Broken Esteem” features Mr. Strid, and makes good use of his vocals without turning it into too much of a Soilwork-y affair. One added surprise is that of a Nelly Furtado cover (“Say it Right”), which strangely works as a melodic death track. Props to the band for keeping some of the essence of the original and twisting it into heavy metal without being cheesy/hokey.

If there’s one downside to the album, it’s that at an hour in length it tends to lose some momentum. It feels like an excellent 40-45 minute album stuck inside a good hour-long release. But for those with a melodeath hankering (particularly of the older In Flames variety), you’d do well to look up Jotnar. 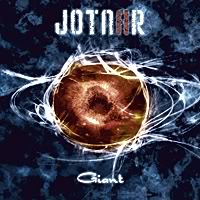