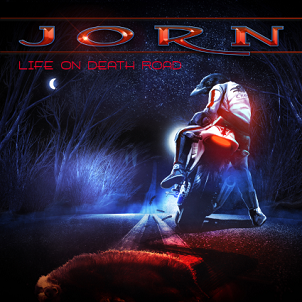 Always mixed sentiment on Jorn Lande, whether it’s because of his snarled David Coverdale-on-Ronnie James Dio vocals, his unabashed Dio worship (see his tribute album shortly after RJD’s passing), his in-and-out again stint with Masterplan or his marvelous work in Avantasia. In an increasingly smaller pool of household metal singers, Jorn is one of the few to break through in the last decade, a feat that shouldn’t be discounted. The man can belt ‘em out and has charisma to boot. Jorn’s solo career has provided its share of dependable near-metal but mostly rock albums, with his ninth studio effort Life on Death Road emerging as one of his better forays of late.

Joined by Primal Fear/Sinner bassist Mat Sinner, Primal Fear/Silent Force axe-man Alex Beyrodt and keyboardist Alessandro Del Vecchio of Hardline and Revolution Saints fame, Life on Death Road keeps Jorn mainly in hard rock territory, with those chorus-reliant songs enabling Mr. Jorn to buzz over them with aplomb. Jorn, obviously, is sometimes a one-trick pony, his vocals so identifiable at this point you’d think the man could just phone it in, yet there’s gritty tunes here, like “Hammered to the Cross (The Business)” and the organ-driven “Fire to the Sun.” Of particular note should be “Man of the ’80s,” a song about loving that particular decade, a tune that could probably be a theme song for many in European metal circles who cling to it as if their life depended upon it.

So yeah, lots of easy-on-the-ears, non-threatening, non-challenging tunes from Jorn, with nearly all of them figuring out some kind of quick vocal lick or nifty melody. Life on Death Road is basic 4/4 hard rock 101 and another showcase for one of metal/hard rock’s premier vocal exports. Don’t ever change, Jorn. That would be unfathomable. 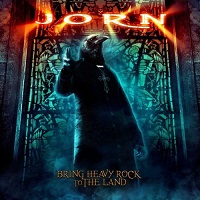