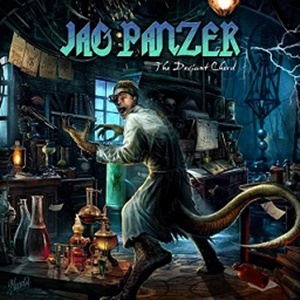 The enduring heavy metal records willingly explore all facets of atmosphere and mood – ringing out the excitement of faster, blood-pumping riffs and tempos, while also taking things down a notch into an epic, emotional ballad filled with the right vocal delivery and complementary harmonic support. That’s why you will get a 6:16 power ballad featuring bluesy lead breaks and sweeping low to high melodies a la Riot for “Long Awaited Kiss”, and a twin guitar harmony, double bass fueled opener in that Priest/Maiden mold for opener “Born of the Flame”. Guitarist Joey Tafolla makes his third appearance with the group and first in 20 years – the man’s shredding abilities second to none, but still able to evoke context and feeling into his lead breaks, check out the jaw dropping work for the doom-oriented title track in this regard. Favorites change by the day – which is a good thing, as the variety present can be Maiden-esque one moment for “Salacious Behavior” (the main riff giving off “The Wickerman” vibe) or mid-tempo and crushing, as “Black List” appears to possess that sinister “Black” aspect from The Fourth Judgement, the back and forth multi-tracked vocals and keyboard/orchestral parts heightening the tension and anticipation.

When it comes to singers in this genre, Harry ‘The Tyrant’ Conklin resides in that upper, Mount Rushmore class that contains Dio, Halford, and Dickinson. He handles the Irish classic “Foggy Dew” like a pro, challenging phonetics and words never a barrier, while soaring to the heavens with Dio/Halford grace, power, and fierceness during “Fire of Our Spirit”. His harmonization throughout allows the listener to experience just the vocal side on a multi-sensory template – beyond the constructs of the guitars, bass, keyboards, and drums. Rounding things off with a Dusan Markovic cover that cooks up a mad scientist/laboratory scene with enough detail to pick out like your favorite metal bands of the 80’s would do, and you can tell this quintet is all about delivering a front to back, engaging record every time you put it on.

Great to have you back Jag Panzer – The Deviant Chord belongs right next to Ample Destruction and The Fourth Judgement for pinnacle albums in their vast discography. 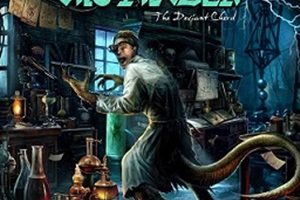