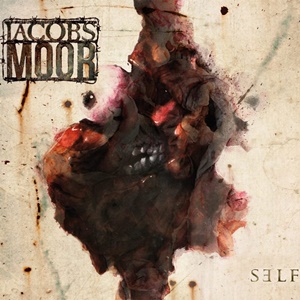 Forming in 2010, Austrian act Jacobs Moor are a five-piece outfit that combine multiple sub-genres of groove, power, thrash, and progressive metal for this second full-length Self. Most notable within the lineup is vocalist Richard Krenmaier, who from 1996-2005 fronted the power metal outfit Stygma IV that were on the Noise Records roster for a couple of records. Previously privy through another website to writing about 2014’s All That Starts debut record, the band also released a follow up EP entitled The Evil in Me in 2015 – so it’s good to see that regular releases keep the creative flow vibrant as they aim to sustain interest and long-term appeal.

Versatility seems to be an overriding theme in most of these ten tracks – the quintet unafraid to throw about everything from surprising blast beats in “Falling to Pieces” to blitzkrieg, low-tuned twin guitar harmonies on “Watching Atrocities”. Guitarists Rupert Träxler and Johannes Pichler lay down a thick wall of riffs, sometimes approaching modern Machine Head/ Pantera overtones for “The Absence of Me”, where Richard can shift between his melodic and aggressive deliveries – but the band always inject their songwriting with this solid musicianship tastefulness. It’s clear the rhythm section can groove one second and manipulate tempos the next – where many of the progressive nuances allow Jacobs Moor to stride into Leprous/ Dream Theater measures even through the propulsive sections of “Distance”. Because of the willingness to move from different platforms song to song, even measure to measure, it allows the material to breathe and gain deeper appreciation as you take in these songs again and again. For instance, the epic 11:37 closer “Hopeless Endeavour” an exercise in dynamic contrast from it’s tranquil, clean guitar opening through The Gathering-like heaviness into crunchier, power terrain midway through before returning to a quieter, militant march in its concluding moments.

Much of the Jacobs Moor template comes from a heavier power metal meets groove/thrash veneer – putting the group in the class of acts like Brainstorm if taking on a Scandinavian progressive meets later day American groove/thrash twist. This makes Self impressive from a far reaching sonic standpoint, and should be taken into consideration if you wish to hear something a little left-field in these preferred genres.