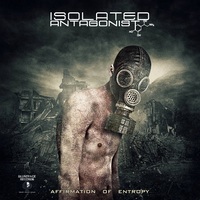 Listening to an album like Affirmation of Entropy almost feels like a flashback in time. One can really get a very good impression of the band’s number one influence in a matter of seconds, because it’s so dead-on. And that influence is Fear Factory’s Soul of New Machine.

For better or worse, Affirmation of Entropy at times feels like the spitting image of Soul of a New Machine. Glen Mitchell and Nate Exx Gradowski nail just about everything about the early years of Fear Factory – everything from the industrial influences to the clean/harsh vocals (particularly the cleans) to the production and even that syncopated, machine-gun guitar/drum riffing pattern. It’s all there, other than the super-fast blastbeats. It may sound like a critique, but it’s not really. Few could replicate that sound in such a manner without coming off as cheap or gimmicky. Not many bands veer into this direction, and it was actually refreshing to hear a band moving back towards this sound. And some tracks go a bit farther with the atmospheric elements, such as the almost dreamy sounding “The Infernos Son.” They also keep things interesting through the use of a conceptual sci-fi storyline that they actually continued on from their first album, which adds to the overall flavor.

It would be nice to see the band move a bit further with the atmospheric directions that appear from time to time on the album (which may diminish some of the Fear Factory comparisons too), but it doesn’t stop Affirmation of Entropy from being a nice trip back to the early ‘90s while keeping some modern elements. Isolated Antagonist have some potential to make waves, let’s see if things continue in this direction in the future. 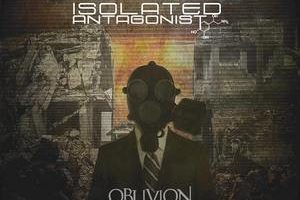