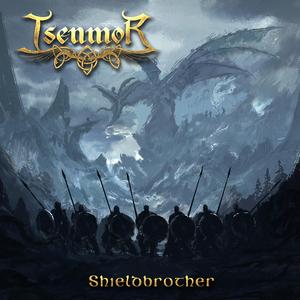 Maryland’s folk metal act Isenmor have released two previous EPs with their dual violin base acting as their standout trait. Shieldbrother is their first full-length effort, and it sees the band continue to bring their unique take on the genre into exciting directions that manage to effectively balance the fun/happy and epic qualities without compromise. In other words, a sure-fire win for genre fans.

Wisely choosing to keep the violin-play at the forefront of the band’s sound, this is what gives them a distinctly different vibe when compared to the growing folk legions. The violins give the band an immediate boost in the ‘epic’ direction, and the ability to craft a myriad of emotions depending on what the song desires. That’s what gives Isenmor the ability to shine as well, as they can bring some really heavy moments with driving energy that fans of the more serious folk variety can enjoy, and by adding in some of the violin to the frantic guitars, they make it playful enough that there’s a fun element without it sounding forced or cliché. Opener “Battle Scarred” has plenty of metallic heft behind it, occasionally going into explosive speed runs, but the accompanying strings give it a bouncy and hook-based vibe that makes it occasionally just as catchy as those more ‘party-based’ folk bands but without the inherent cheesiness. This is quite apparent with a track like “Drink to Glory,” which has that party atmosphere embedded into it, but the playful riffing and violin melodies have a certain legitimacy to them in combination that, while it will definitely make you smile ear to ear, feels thoroughly genuine in its fun factor. The album ends on the grandiose “Sigurd’s Tale,” a 17-minute epic that offers a journey in and of itself. Lots of build-up and variation, thundering guitar melodies, and an almost cinematic vibe due to the violin arrangements. A glorious way to end the album.

Shieldbrother is an engaging affair to those who are seeking a folk metal album that’s fun, but still retains a thoroughly serious vibe. The swirling combination of aggression and thrilling riffs coated with spirited violins makes for a sound that’s battle-friendly and memorable. 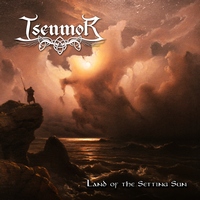