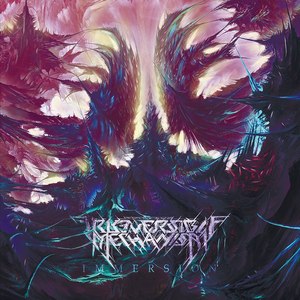 Coming out of the gates with a much-lauded debut can sometimes work against you. Couple that with being in a two-piece band in which one member leaves, and you have a recipe for some challenging new beginnings. Such is the case with Irreversible Mechanism’s sophomore album Immersion, in which some drastic changes to the band’s sound have been employed which steer them away from the range of the stunning debut.

As noted, if you lose one-half of your band, there are bound to be changes. The loss of Yaroslav Korotkin compelled Vladislav Nekrash to reach out to complete a full line-up (which includes Ne Obliviscaris drummer Dan Presland on session drums) and the result is that of Immersion. What made Infinite Fields so intriguing was the use of hyper-speed extremity with some sci-fi keyboards and atmosphere. While some of the hints of feral speed are still present, the unfortunate part is that the band has seeming went ‘full Fallujah.’ While there’s nothing inherently wrong with this maneuver, and the band pulls it off with finesse, it begs the question, “Why?” Irreversible Mechanism was clearly onto something unique with their debut, and Immersion tends to feel more derivative than anything else. The floaty, dreamscape vibes on tracks like “Footprints in the Sand” are undeniable and will be praised by many, but quite frankly feel so much like Fallujah that it made this scribe question it a few times. As the emotive death metal movement continues to grow, it’s inevitable that bands gravitate towards it, but at what cost?

Immersion does a good job at incorporating a higher degree of atmosphere into the Irreversible Mechanism formula. However, it comes at the expense of some of the band’s originality and turns them into basically a brand-new act. The technical proficiency is up there and ever-present, but far too often the music feeling far too generic. While one always hopes for an evolutionary step with new material, sometimes those expectations and reality don’t line up exactly. Hopefully the band can find a balance between these two forces for their third release. 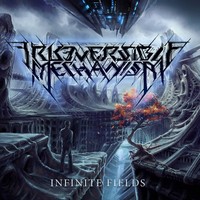