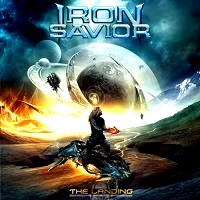 Gaining acclaim in the production chair is one thing for certain people, but moving from the backline to the front is quite another. Vocalist/guitarist Piet Sielck began his production career with the first Gamma Ray album Heading For Tomorrow, forging a bond with Kai Hansen that developed into a three album run with Sielck’s own power/speed metal band Iron Savior from 1997’s self titled debut to 2001’s Dark Assault. Since then, Sielck continues to lay out potent albums without superstar metal assistance, as this seventh album The Landing features 11 more examples of his compositional skill and performance abilities.

The band may shuffle members from album to album (early bassist Jan-Soren Eckert returned after an eight-year break) but the style components remain similar. Songs like the mid-tempo head shaker “Heavy Metal Never Dies” and off to the double-bass races “Starlight” keep the sights aimed within the Judas Priest-meets-Gamma Ray camp. Eckert gains the opening bass heroic spotlight for the first few bars of “Moment in Time,” one of the more expressive Sielck vocal deliveries on the record as he uses all elements of his singing

and sinister shrieks to great effect against some of the keyboard effect embellishments.

One thing I’ve always appreciated about the guitar

tone of Sielck and fellow axeman Joachim Kustner is this almost future attack-mode they seem to carry through from signal to speakers. They know when to lay the rhythms on thick and when to raise the double harmonies high, be it through a slower, repetitive arrangement like the ode to all militaries worldwide “Hall of the Heroes” or the charging “Faster Than All,” its sound versatile and exciting to these ears.

The Landing doesn’t stray far from the Iron Savior formula…and I doubt the band would want things any other way. 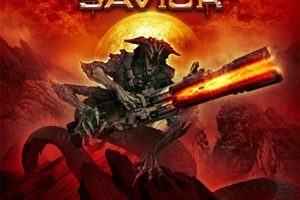 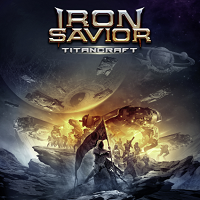 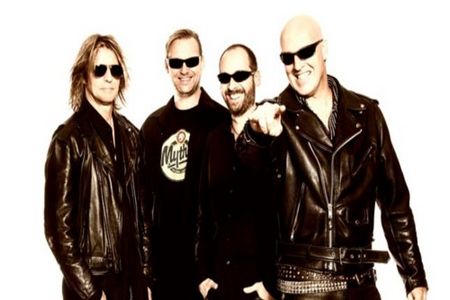