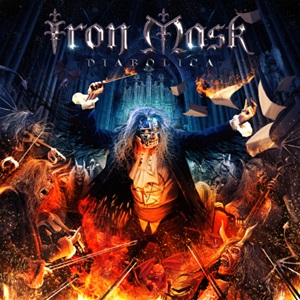 Many disciples of the neo-classical shred master Yngwie J. Malmsteen currently put his most recent offerings to shame (especially this year’s World on Fire, where he’s boldly adding lead vocals to his ego-fulfilled resume). Smart enough to know proper strengths and skill sets, Belgian guitarist Dushan Petrossi assembles a full band to emphasize his power metal proficiency, as Iron Mask issue their sixth record in Diabolica. A behemoth of a platter at twelve songs and over 77 minutes, worry creeps in that the quartet won’t be able to dynamically hold listener interest – but thanks to a bevy of arrangement shifts and melody/hook tricks, this could be one of the favorites in this savored genre.

You know right out of the gate that arpeggio-oriented breaks come with the territory – but there are added nuances from time to time during certain instrumental sections that are of the epic/folk variety gone electric (check “Doctor Faust” here, although the acoustic-intro to the follow up “Galileo” qualifies). Dio-era Rainbow penetrates much of this record as an influence – right in the wheelhouse of latest vocal recruit Diego Valdez (also of Argentina power group Helker) as his majestic command and pitch control elevates the melodies to the stratosphere, promoting “March 666” and the double bass hard charging “Flying Fortress” to premiere Iron Mask status in their catalog of songs. Historical themes of literature from Oliver Twist to Lucifer and the aforementioned Doctor Faust/ Galileo proves symbiotic to the adventurous power metal underpinnings. The final track “Cursed in the Devil’s Mill” at almost 14 minutes contains the speed tricks, dynamic tempo turns (including a bass/Middle Ages instrumental bit around 7:17-8:20 that sets up the rest of the cultural twin guitar harmonies that make me think of Thin Lizzy and classic Iron Maiden) and grandiose visions that make epic songs for this genre so invigorating to the listeners.

Diabolica strides valiantly into a neo-classical power metal world, executing flawless musicianship and a steady set of material that will work for Blackmore/Malmsteen mavens as well as the non-musician community who just appreciate excellent performances. Iron Mask – steady as ever, pitching rainbows and gazing into the rising force. 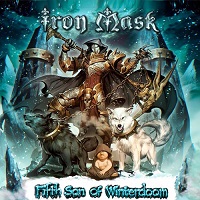 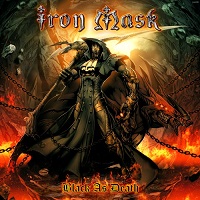