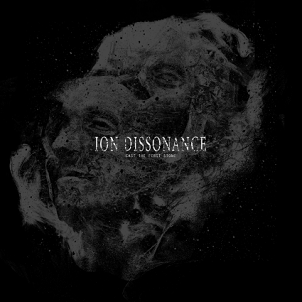 Sheer coincidence that both Despised Icon and Ion Dissonance are releasing ‘comeback’ albums in 2016. As history suggests, both bands led the Canadian extreme metal charge (don’t forget about Beneath the Massacre!), Despised Icon holding down backwards-baseball cap beatdown deathcore, with Ion Dissonance taking on a more technical, schizoid approach. There’s a consequential ceiling to what both bands do, and while Ion Dissonance don’t fall prey to many of the ill-sounding pretexts of the ‘core, they retain their haphazard, if not overly jumbled sound on Cast the First Stone, their first album in six years.

The songs here are a bit busy, if claustrophobic, with “The Truth Will Set You Free” in particular making quite a mess of things—in a brash, mathematic way, mind you. Since there’s virtually nothing steering these songs, it’s more of a matter of picking up on the dissonant quirks, like on “To Lift the Dead Hand of the Past,” which uncoils some severe chugs and busy drumming on the part of Jean-Francois, who is far and away the MVP here. And just like circa the mid-00s, frontman Kevin McCaughey is all over the anger spectrum, oftentimes splitting his larynx for just for the sake of doing so…vocal lines and cadences have never been much of a harmonious thread for these lads.

The issue with Ion Dissonance has never been whether they could work in the mathcore/deathcore/extreme metal margins (they can), but if they’re capable of stringing together a full set of abrasive-but-memorable jams. Cast the First Stone is a veritable jungle gym of an album, although the simple fact Ion Dissonance are releasing a new record after six years may be enough for some…