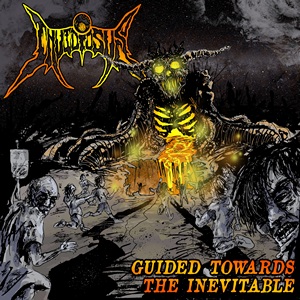 Invidiosus’ first album, 2014’s Malignant Universe, saw the band land on some solid footing. It wasn’t the most unique release of the year, but it had an enjoyable take on the tech death genre without sounding too “techy” as to pigeon-hole the band into a corner. Low and behold, the band has returned with a 5-track EP to show how they’ve shaken things up from last we checked in on them.

It’s always nice to hear a band grow and progress between albums – something that’s quickly evident upon hearing the title track starting things off in a way that’s familiar but certainly honed from their debut. It’d be a shame to tag Invidiosus with an “insert subgenre here” death metal, particularly with the way they’ve grown in the last two years. There’s some elements of tech death and some Origin-isms to be found, as well as some touches of the old school and brutal sides, with a side of groove to round things out. It’s hard to put a finger on it, and that’s always a good thing. One aspect that the band hasn’t lost is the more gritty production. It gives the band more of their own space – there’s loads of tasteful solos and intricate riffing, but the tone suits a more deathly category. It retains a more human and abrasive edge, rather than that sterile tone that many modern acts go for. They even pay attention to the bass, which rumbles proudly and adds to the heaviness, particularly in the closer “Neurotic Misery.”

There should be wide appeal across death metal fans with Guided Towards the Inevitable. Invidiosus has come further into their own and fulfilled the promise of their debut. Let’s see where they can take things from here. 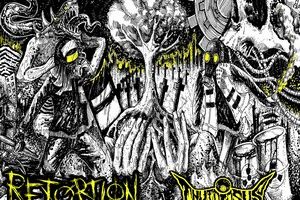 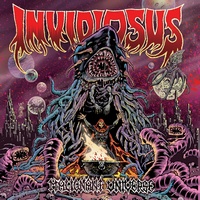