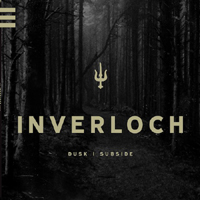 With two former members of legendary funeral doom metallers Disembowelment (we refuse to bow to its half lower-case/half upper-case spelling) in its ranks, Australia’s Inverloch figure to carry the funeral torch right to the grave. Surely Inverloch won’t be the one-and-done proposition its predecessor band was, but in the flighty world of incredibly slow doom metal, you never know what’s going to happen. Yet on their Dusk…Subside debut, it’s easy to decipher what will go down – this is slow-mo funeral doom at its most predictable and desolate.

At three songs and 22 minutes, Dusk…Subside drags along like a snail in a sandpit, with opener “Within Frozen Beauty” building the necessary wall of doom death, complete with cascading guitars and barren soundscapes. “The Menin Road” fares much better, with a healthy dosage of slow-churned riffs and unearthly bellows that are bleak enough to block out the impending summer sun. “Shadows of the Flames” emerges as the pick of the bunch, reveling in a forceful slab of melted riffs and climatic atmospheres, all encased in a lengthy, brooding running length, a direct nod to the band’s Disembowelment past.

Faced with having to live up to the Disembowelment name that is still resonate two decades after the band laid itself to rest, Inverloch should have no problem joining the now formative funeral doom ranks that include Ahab, Mournful Congregation, and Esoteric. Strange, but these bands wouldn’t be around if it weren’t for Disembowelment; now former dB members drummer drummer Paul Mazziotta and guitarist Matthew Skarajew can see the fruits of their labor. A welcome return, of sorts. 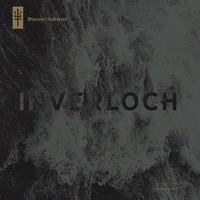