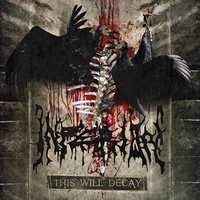 Floridian black/death metallers Inferion have returned for their third full-length effort, entitled This Will Decay. Creating a slurry of varied influences, there is a clear black metal edge alongside some older melodic death metal (read: before clean singing was involved), and even some heavier, groove-based moments that move towards more traditional death metal territory. What’s not to like?

The biggest problem that This Will Decay faces is that of repetition. The album is made up of 14 tracks (!) and clocks in at a staggering 57 minutes. Keep in mind that this is rather brutal material for the most part, with tremolo picked melodies that occasionally break the surface and add some depth. Most black/death albums are around 30-40 minutes for a reason – there’s just not enough variation to keep things interesting for an extended time period. Particularly for a band that frequents high velocity riffs and blastbeats. Before the album is halfway through, there’s a bit of disinterest that begins to seep in and really distract the listener. It is too bad, because at about half of its length it would not suffer so badly from this drawback. The melodies are solid, as are the solos and leads, but it’s simply not enough to counter the repetitive song structures.

Not being familiar with Inferion’s previous works, it begs the question of how long those albums run. A definite case of an album that needs a bit of fat trimming, there is a decent 30 minute album in here, you just have to be willing to sift through the nearly hour-long trek that is This Will Decay. 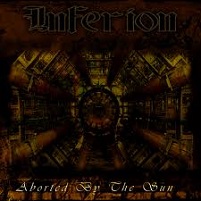