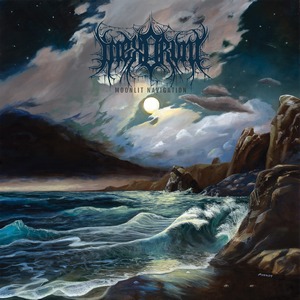 The two-man melodic black metal act Inexorum made a solid mark with their debut, Lore of the Lakes, back in 2018. Using the Scandinavian meloblack and death metal sound as their launching point, it gave a reminiscent feel without overdoing it to the point where it sounded exactly like its influences. Instead it offered those cold and chilly vibes, with a dose of melodeath melancholy and grandeur. Moonlit Navigation continues to dish out those same vibes, and is equally enthralling.

Given the Scandinavian meloblack nods, the album opens up on all cylinders with some fast paced melodies that kick into blast beats and tremolo-picked melodies with “Ouroboric State.” The band’s strong point continues to be the ear-tickling melodies that they weave into their material, and it’s an excellent continuation of what worked well for them on their debut. Early Gothenburg-ian warmth oozes out from this higher speed material, and the band continues onward from there. “Dream and Melody” is a furious number, with tantalizing guitarwork giving it a more epic and larger than life feel – some of the riffs and melodies have a ‘triumphant with a hint of sadness’ vibe that is bound to stick with you. That dreary aspect is a highlight later in the album with “The Breaking Point,” which features some quiet moments of reflection along with clean chants at the end of the track. Lastly, as with their previous release, the production is suiting. It also attends to the reverence of the older scene, but is careful find ways to make the sound have a retro yet not dated vibe.

If you are into that older Scandinavian melodic scene of the ‘90s, Inexorum does an excellent job of scratching that itch. The melodies essentially sell themselves in every track, even the gentle acoustic “Wild Magic,” and if you like glorious yet sorrowful, Moonlit Navigation is just what you are looking for. 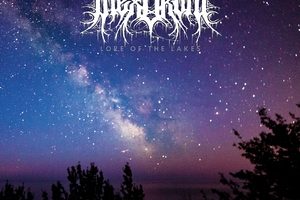