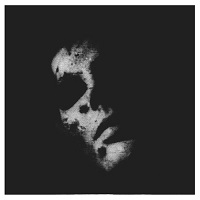 What could be deemed as one of those proverbial “on the cusp of greatness” albums, In Solitude’s Sister (their third overall) is more of a transitory body of work than a revelation. The band – repeatedly charged with being nothing more than Mercyful Fate and Iron Maiden copyists – have wandered into spooky, near-occult rock territory, resulting in a more challenging, yet hook-laden sound. You’d think the band has been paying attention to what the skeptics were saying (and most bands do in spite of what they say otherwise), for Sister should have more staying power than its The World. The Flesh. The Devil predecessor.

Flush with rock bounce (bassist Gottfrid Ahman is a key player), the rhythmic quality of Sister works around the stereotypical gallop adventures so many band of this ilk for prey to. The Swedes have opted for a more cloaked approach, as in the riffs aren’t as identifiable as before, but fall somewhere between Blue Oyster Cult’s heavier moments, and the melodic throb of NWOBHM. In that, it’s set off when opener “He Comes” gets moving, a number enabled largely by its boundless riffing and the energetic vocals Pelle Ahman. Further riff exploits come in the form of the excellent “Pallid Hands” and misty “A Buried Sun.”

Pelle Ahman (he who fancies a fox around his neck) has taken the most decided leap from album-to-album. Easily pegged as a King Diamond underling, Ahman has branched out, displaying mature vocal hooks (“Sister”) as well as authoritative chants (“Horses in the Ground”). Obviously, the theme here is “growth,” something we usually don’t associate with bands groomed from the traditional/throwback scene. In Solitude figures to be one of the few acts to break those chains. Sister is just the start.