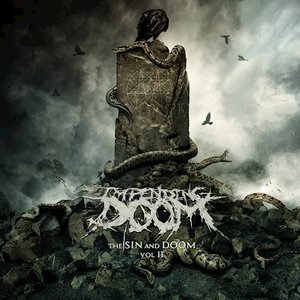 One of deathcore’s premiere acts at its heyday, Impending Doom found themselves in a unique position due to their use of Christian lyrics in their otherwise blistering and brutal assault. Their particular approach allowed them to rise quickly, and while it’s been 5 years since their last release (2013’s Death Will Reign), it seems that nothing has really gone off the rails for the band in terms of their presentation.

Volume II in that it harkens back to their 2005 demo The Sin and Doom of Godless Men, Impending Doom have lost none of their brutal spark. Driving and near-punk assaults of “Evil” will assuredly call you to attention quick with their gripping tones and utter darkness in the musical arena. But that also brings us to the other thing that many were drawn to the band for – breakdowns. The standard deathcore breakdown features are still upheld to the tee as well, which is a benefit for fans but a boon for non-deathcore folk. Heavy as nails, yet momentum-breaking chugs are par for the course across the album, coming in with the same frequency that many imitators have used since. Tracks like “The Serpents Tongue” are particularly suspect, with a crawling frequency that never really picks up intensity due to the sheer volume of lumbering riffs. Unfortunately, with the straight-forward attack of the music, the dynamics frequently aren’t there (a norm for deathcore) to make things more compelling.

While some will champion the return of Impending Doom, The Sin and Doom Vol. II is more or less the standard offering from the deathcore world. While their rather heavy and dark sound is admirable in many regards (which seats them above a large portion of their competition), it lacks the variety to keep things fresh and intriguing over the course of an entire release. 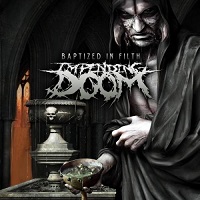