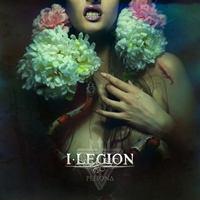 I Legion took the metal world by storm with their debut, Beyond Darkness, back in 2012. Featuring the vocal talents of Chris Clancy (ex-Mutiny Within/Wearing Scars), Bjorn Strid (Soilwork), and Jon Howard of Threat Signal (and that’s not even getting into the guest instrumentals), it showcased plenty of “star firepower” but in the end it was the songwriting that made the album something special. After a number of delays and changes, here we are with album number two, Pleiona, which reads like a who’s who of modern metal (past, present, and future).

To avoid beating around the bush, understand that Pleiona does lean pretty far in the melodic direction. Some songs have some growls, but expect mostly clean singing with this go-round. If you can grasp that, you’ll easily fall in love with the album. The talent that Frederic Riverin manages to grab is nothing short of mind-boggling. Guests mostly contribute to one track (with the exception of returning singers Jon Howard and Chris Clancy and returning guest guitarist Yiannis Papadopoulos) and include Bjorn Strid, Viky Boyer (Karkaos), Ashe Austin O’Hara (ex-TesseracT), Dalay Tarda (Rise to Fall), Pascal “Paco” Jobin (The Agonist), Sabine Scherer and Sébastian Reichl (of Deadlock) scratch the surface here. With such a diverse cast of characters, the real stunner is how Riverin manages to get the tracks to sound like an “album” as opposed to a compilation of different works. It’s a true credit to his songwriting abilities, as well as his passion to this project.

It’s hard to give the album justice without going through a track by track, given the large cast of players but we’ll focus on a few highlights. An easy favorite is that of the epic sounding “Hollow,” which goes from the album’s most aggressive to gorgeous leads and melodies to acoustic guitars to a wicked solo by Angel Vivaldi. All of this diversity easily handled by Viky Boyer, who roars and sings with the best of them (she seems to be up there on the ‘get-to-know’ list for the future based on this track). The melodic “Damage Done” features vocals from both Chris Clancy and Sabine Scherer and the two really provide some fireworks (enough to even trump the Strid/Howard duo that opens the album) in a poignant yet upbeat finale. Also on the softer side of the album, the acoustic opening to the title track almost feels Alice in Chains-esque before Marie Pier Gamache’s enchanting vocals kick in. Lastly, the Clancy-led “Exhale” (Riverin and Clancy do seem to make an excellent pair) is a rocking treat that is accented by Paco’s scorching solo towards the end of the song.

If you are a fan of modern melodic metal, you need to get to know Frederic Riverin and his absurdly talented cast of players. It may have taken a while to get all of the pieces lined up, but rest assured it was all worth it. I Legion sets the bar for ‘supergroup’ and Pleiona showcases everything that a melodic metal album should have and more. One can only hope that Riverin can continue this forward – the sky is seemingly limitless with possibilities! 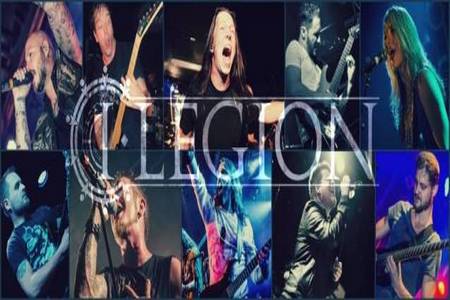 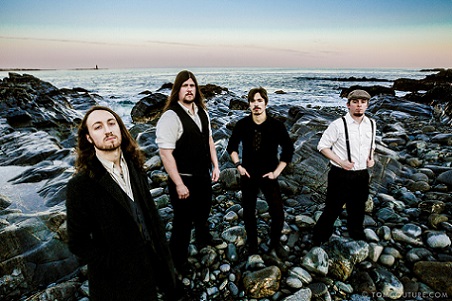