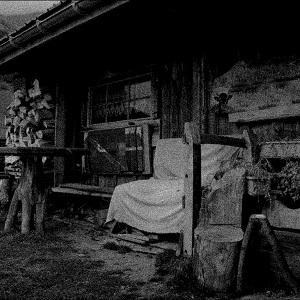 Common sense indicates that since Hyrgal are a French black metal band, they are automatically good. This is not a fail-safe method in determining a band’s value, but given Naturmacht’s recent track record along with the ever-fertile French black metal ground, it’s practically a safe bet (as common sense would indicate). Originally formed in 2007 by guitarist/vocalist Clément Flandrois (Pillars, Oorthian, ex-Svart Crown), Hyrgal recorded a split with Kairn in 2008 before temporarily hanging it up in 2010. Their 2016 reactivation has borne the fruit that is Serpentine, a textured, nuanced display of French BM.

Hyrgal’s riffs don’t carve the same sinister, daunting paths as their countrymen, but they do possess a certain degree of allure. The sweeping design of “Mouroir” is an obvious choice as the album’s best cut, primarily because it takes on demanding melodies and extremity at the same time. The song’s never-ending crescendo is worth the price of admission alone, although the crisp clean opening to “Till” isn’t too far behind as Hyrgal finds ample footing in the wide open spaces of atmospheric and nihilistic black metal.

Flanked by the necessary amount of soft cutaways and songs of simple, but pure ambiance, Serpentine is, as you would expect, a full-bodied, varied listen. In anticipating the predictable, but oftentimes necessary moments of weird and avant-garde, Hyrgal actually do themselves a greater service by staying the course, making Serpentine every bit as winding as its title would suggest.