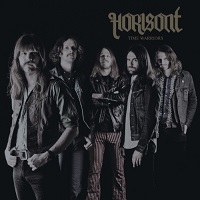 Is Time Warriors one of those album titles with a deep, double-meaning? Hopefully it’s not, for our brain capacity is quite limited and to delve into existential meanings behind an album title for a what is clearly, a 70’s-happy band, might be too much to bear. Sweden’s Horisont are such an outfit, taking up the edge set by Graveyard and Rival Suns, meaning, they’re not exactly approaching new ground, so it’s a matter of making sense out of riffs played for the 800th time in 2013, and feeling the flow.

Organic, but not garage organic, the pulse of Time Warriors gently breezes past what Pentagram were doing four decades ago, as in, molding the Sabbath thunder into something less woeful and more upbeat. It’s how “Writing on the Wall” clicks with its snappy four-on-the-floor rock and blues-based solos. Have to dig the fiery vocals from Axel, who sings with the passion and fervor of a lad desperate to get on FM radio, but willing to stick to his guns. “Brother” is perhaps his best moment across the board, but don’t forget about “Eyes of the Father,” which is probably the best all-around song of the lot.

The only reason why this whole retro rock boon is still functioning is because these bands write “songs.” It’s not some oddball whip-around of extremity or brazen attempts at being heavier than the next band (see: deathcore), which is why even if these bands are starting to appear soulless, their tunes come across as having soul. Yeah, it’s odd…this whole thing is odd, much like the concept of Time Warriors, but that’s probably a discussion for another day. 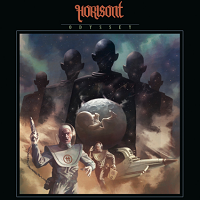