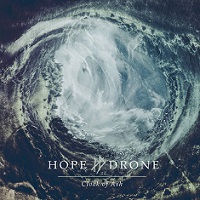 Seems that we were a bit out of step by noting Relapse hasn’t dipped into the black metal pool. Well, they have, just not that particular black metal. (See: Scandinavian BM.) Hope Drone, as we are alluding to, is a post-USBM outfit, parlaying all of the hip-and-happening, black-rimmed, Beckham haircut elements into one long, occasionally bloated outing under the banner of Cloak of Ash. Better yet, it’s adorned with quasi-pretentious song titles ala “Riverbeds Hewn in Marrow,” and “The Waves Forever Shatter Upon Our Shores.” Sheesh.

The familiar chord pulses found on opener “Unending Grey” are a harbinger of what’s ahead. One could probably amazing these lads hanging out at Deafheaven’s rehearsal pad sifting through their discarded riffs for any type of chord progression fitting of what post-black metal has become. Indeed the opening chord run on “Unending Grey” is everything that accounts for post-BM, and everything that is wearing the sound down. Because of its redundancy, the song never gets off the ground, hampered by the now-traditional tortured dude screams of Christopher Rowden. Rowden shows throughout Cloak of Ash that he’s a capable wailer, although you start to peddle for some more variety and character in the vocal department. Not happening here.

Where Hope Drone looks to differentiate themselves is in the spacey, long-instrumental break department. As expected, their songs are long and marathon-worthy, with several ideas crammed into extended jaunts. The dynamic sprawl of this template (best exemplified on “Every End is Fated in its Beginning”) has limited effect, if only because it’s an expected happening, and, is currently being beaten to death by the band’s peers. Therefore, there’s just too much run-up to the above-mentioned Deafheaven, or even Vattnet Viskar, who in spite of using the same elements, have their act together much more than Hope Drone. 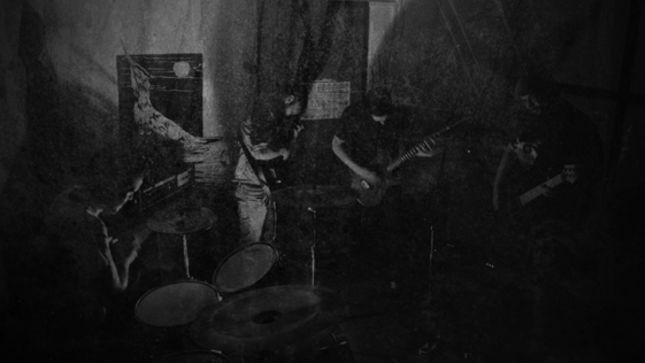