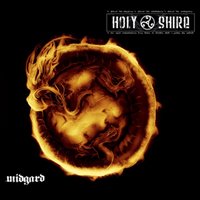 This one sat in the queue for a bit, having received an official release in early June. Why it sat around for so long is unbeknownst to DR, but had we been privy to Holy Shire’s whopping eight (!) members sooner, then this sucker would have made it onto the site before July 4. Nevertheless, Holy Shire are obviously, an Italian symphonic metal band, for what other kind of band would need eight members? Ah, perhaps a rap-rock band with two DJs. That would work. Anyway, Midgard is their debut, and in spite of its quirks, has some legitimate promise.

The foundation of the band is rooted in traditional symphonic/power metal, which is nothing new. However, Holy Shire is able to tramp-stamp themselves by throwing in some surprisingly memorable, if not partially hokey folk elements. They’re both unexpected and culled right from the 90s, meaning, there’s a certain degree of innocence to them, much like how Amorphis and Skyclad were horsing around during those times. They give tunes such as “Winter is Coming” (which is probably a Game of Thrones reference) and “The Revenge of the Shadow” some nice shade to go along with tunes that are for the most part, momentous.

Male and female vocal trade-offs are commonplace, thus boosting “Holy Shire” (the song), making it Midgard’s most enjoyable number. But beyond that, Holy Shire have this weird, seemingly unorthodox angle to them. You’re not going to find something like this rooted in traditional realms, that’s for sure (we didn’t even get to the flute player, or second female vocalist.) The songs on Midgard aren’t overly ambitious (see: “Holy War”), and the eight members that comprise of the group quickly becomes an afterthought once taken into account that the band is still finding its footing. Consider this one a draw. 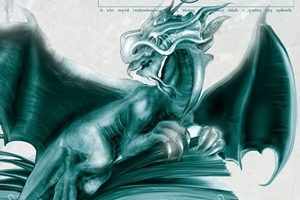