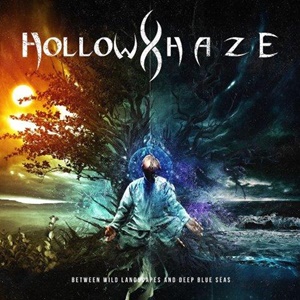 A second coming for Hollow Haze – as founding guitarist Nick Savio disbanded the progressive metal band after six albums in 2015 to join Fabio Lione in Eternal Idol, leaving after their debut album The Unrevealed Secret to restart the former band in 2017. Gaining a new vocalist and drummer, the quartet release their seventh studio record with a flowery title of Between Wild Landscapes and Deep Blue Seas. A proper time to embrace new horizons within the comfortable framework of the group – and you’ll discover through these eleven songs a bit more of a modern rock touch and melodic sophistication to the already established power/progressive music, riffs, and performances.

The spirited drive and energy of “Through Space and Time” keeps the older European finesse alive, Nick intertwining some heads down rhythms against the swirling orchestration and delivering a wonderful shred-oriented lead break. Singer Fabio Dessi resonates in mid-range to slightly higher splendor, confident and vibrant during a straightforward pounder like “Oblivion” while using layers of lower harmonies to capture a moodier vibe on the shapeshifting “New Era”. Acoustic guitars and tender keyboard play signal a softer side for “I Will Be There” – almost venturing into Styx meets Riot-like territory even as Fabio rises to the occasion for emotional resonance a la Michele Luppi (Secret Sphere, ex-Vision Divine) during the chorus. The modern rock side comes out in the pacing and riff/tempo combinations for a track like “A Different Sky” – it’s not dumbed down in the slightest, the transitions giving a progressive touch while the melodies again capture your imagination and carry you swinging comfortably to the hooks, the bluesy solo magnificent and thoughtful. Most of the material sits in a focused four to five-minute window, subscribing to a get in/get out philosophy that is direct and just enough to execute the musical thoughts without overwhelming the listener.

Considering Hollow Haze has been on as many labels over the years as they’ve released records, Between Wild Landscapes and Deep Blue Seas could be the right time for Frontiers Music to give the band a bigger, more deserved push. If you love the more recent outings of Dynazty, older Savatage, and others in that melodic European power/progressive metal mold, this record should resonate well for you. 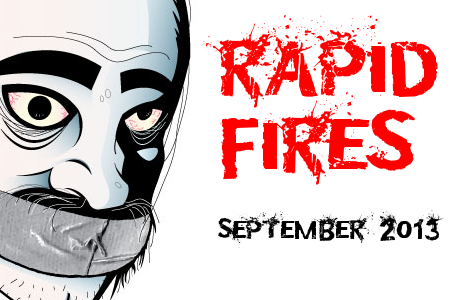