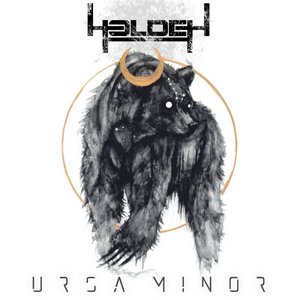 Richmond, VA post-sludge stalwarts Holden’s debut LP Ursa Minor is here, and you can’t be blamed to expect growing pains from any artist’s first outing. However, Holden doesn’t appear to suffer from it all that much, as they unleashed a 5-track album that displays their apparent control of their craft. Glacially paced songs and bone-rattling riffs abound in “Ursa Minor”, reminiscent of some peaks achieved by post-metal luminaries such as Isis (The Red Sea/Celestial era) and Neurosis.

“After the Fact” slithers in with a sinewy guitar lead and caustic vocals, signaling the sonic punishment to come, made even more certain by Michael Arcane’s exquisite drumming. Stellar solos toward the end of this track nails that post-metal aplomb superbly, you can hardly believe it’s Holden’s first output. “Sparks Between Teeth”‘s splicing riffage goes for the jugular and never lets up. And then we have the 15-minute opus “However Small, However Hidden”, a monolithic track that builds and builds up in intensity, showcasing everything there is to love about post-metal, resulting in a track that wouldn’t quite sound out of place in a Rosetta or The Ocean Collective record, and I mean that as high praise. “Emperor of Maladies” oozes like lava out of the speakers as it’s abrasive sonic assault melts minds and sets everything on fire, while “The Way It Was and Will Be” ends everything with a whimper. A rather fitting end to an all-out assault on the senses, as it seems.

Without a doubt, Ursa Minor is a fine record that showcases Holden’s writing chops, but the real litmus test will be their sophomore effort, and I have high hopes for that one.