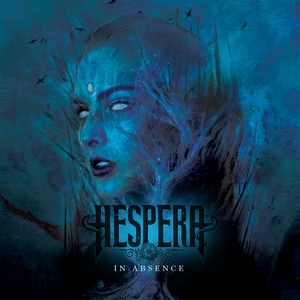 When a group of musicians get together and on a debut EP manage to ensnare both Bjorn Strid of Soilwork and Dirk Verbeuren (Megadeth, formerly of Soilwork), one gets the sense that there must be some strong musicianship going on. One can also get the sense that it’s probably going to sound at least a bit like Soilwork. In the case of In Absence, both of these thoughts completely apply.

Indeed, those who dig Soilwork and Disarmonia Mundi are going to be completely floored by this. This is melodic death metal that effectively balances melody with frantic aggression (certainly channeling the latter of the two a bit more in that regard). The only real knock that can be given to the album is this sounds a lot like the two bands being referenced. But with a lack of recent material from both bands, there probably won’t be anyone complaining, especially when it’s done as thoroughly well as it is here. “Remnants of Existence” is a throttling track with Verbeuren’s assaulting blasts to open the track before Strid’s vocals and accelerating and catchy riffs take over more of the landscape. A somewhat bouncy yet still entirely driving chorus rounds this one out, which is a solid preview of the remaining tracks. The title track channels recent Soilwork so well that you wouldn’t be mistaken of thinking that it was a previously unreleased track, with the glorious solo and riveting chorus. But the current winner of the EP is that of its most melodic cut, “Miles Away,” which oozes atmosphere with clean guitar, a soaring chorus, and excellent build up towards the closing moments.

If it wasn’t apparent already, there’s a lot of Soilwork influence, but the players involved make is feel like more of the real deal than anything else. Melodic death fans that get a whiff of this one are going to be instantly hooked – the musicianship is nothing short of top notch and the combination of catchy and aggressive is utilized to the fullest. A band to keep your eyes and ears on as they continue to evolve, and a complete no-brainer purchase if you dig the bands mentioned.