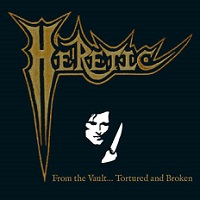 Reunited as of 2011, L.A.-based 80’s metallers Heretic have enjoyed the natural spoils of having unfinished business to tend to. New albums, European tour dates, and now the From the Vault…Tortured and Broken boxset serve to cast light on a band that was shoved to the subgenre netherword; not thrash enough, but certainly not glam. It’s the same conundrum Armored Saint and Metal Church faced, although that pair were eventually able to break out and achieve global success. Obviously, that didn’t happen for Heretic, but here’s for making up for lost time.

Two discs make up the set, the first is a remastered version of the band’s 1988 Breaking Point debut. Better known for quite some time as one of the selling points for singer Mike Howe’s eventual entrance in Metal Church, the album is a clinic on well-honed pure metal. Just because it wasn’t all-out thrash doesn’t mean there wasn’t any pep in Heretic’s step; the brash “And Kingdoms Fall” is a proper indicator of this, as is the instrumental “Pale Shelter,” which is an album standout. And Howe gets the job done via his patented attack-filled approach on “The Circle” “Time Runs Short” and “Evil for Evil.”

For the second disc, the band’s Torture Knows No Boundary EP gets a reintroduction, showcasing a more raw production job and NWOBHM bounce, as heard on “Blood Will Tell” and “Whitechapel,” a song that predates the crappy deathcore band by two decades. A 2012 version of “Blood Will Tell” is a keeper, while various live cuts culled from the mid-80’s on both discs might have varying degrees of quality, but have the box ‘o cassette shine that one can only get from that era. Thus, a worthy boxset and a nice look back at one of metal’s true unsung heroes from the 80’s, who with any luck, won’t be going away anytime soon. 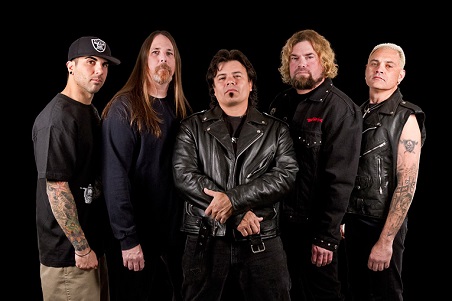