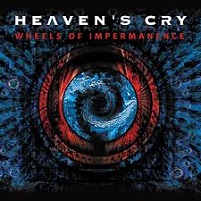 It’s Canadian to do things in an unorthodox fashion. Not like there’s anything wrong with it (there isn’t), and when it comes to metal, all one needs to do is look at the long list of prominent Canadian bands and it makes sense: Voivod, Kataklysm, Neuraxis, Cryptopsy, etc., etc. None of them bothered to do anything by the book, resulting in some of metal’s most expansive and off-kilter sounds. In the mix is Montreal’s Heaven’s Cry, who are returning after a seven-year hiatus with their third album, Wheels of Impermanence.

A band of the progressive/power variety, Heaven’s Cry function largely in their own sphere, with perhaps the only real comparison being Perfect Symmetry/Parallels-era Fates Warning. This means that wacky time signatures, weird chord movements, and initially hard-to-digest songs come to the fore, making Wheels of Impermanence sound…very Canadian (FW is not Canadian, though). Nevertheless, there’s an assortment of quirky riff action going down here, rolling up into songs that for the most part, have some guile to them, such as opener “Empire’s Doll” and “The Mad Machine.”

Singer Pierre St. Jean has a solid AOR caw to him, one that is occasionally ill-fitting for the band’s malleable music. That doesn’t prevent him from unfurling some adventurous vocal takes, as heard on the title track and “Consequence,” where he benefits greatly from back-up gang vocals and spurts of melodic guitars. Ultimately, St. Jean is able to cross the ever-difficult divide between power metal majesty and progressive metal over-thinking. He’s absolutely stellar.

Evidently, Heaven’s Cry reformed at the right time, able to catch the attention of Prosthetic Records for the release of Wheels. Not to be forgotten is the inclusion of guitarist Eric Jarrin, who used to do time in deathcore merchants Despised Icon, which again, breeds additional peculiarity with this one. Canadians…they are a tricky bunch. 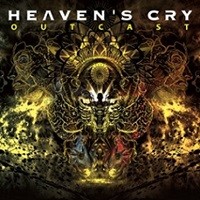