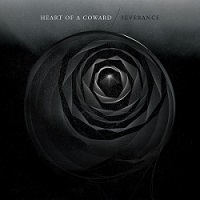 So this is what happens when djent riffs and mindless deathcore meet up, eh? The two have largely remained on opposing sides (for the better), so the worrisome proposition of some sort of mega union between two of metal’s more derided styles hasn’t come to bloom…until now. Heart of a Coward is a U.K.-based act, having formed in 2007 and were primarily best known for the act vocalist Jamie Graham left Sylosis for. Given the low-brow nature of Severance, one has to think he chose the wrong band.

Hauled out are the those muffled, go-nowhere djent riffs; you know, the type Meshuggah wouldn’t bother with now only because 800 bands are doing them. Drop them into relatively speedy and aggro song structures, and that’s how Heart of a Coward do their business. The relatively thorough groove of “Prey” is redeemable if one can work around the predictable bounces, while the staccato/syncopated chug action of “Deadweight” is both meatheaded and rife with those annoying sound sequences that a lot of American deathcore bands like to get down with.

Essentially, take the moronic peel of Suicide Silence, drape it in Tesseract’s heavier moments, and add the constant tattoo-bark of Graham (he even does a really bad Chino Moreno impersonation), and that’s how Severance unfolds. There’s limited appeal to anyone who isn’t duped by such mongering, but, we know how this will play out: These guys will be on the main stage at Download Festival in two years. What a strange world in which we live… 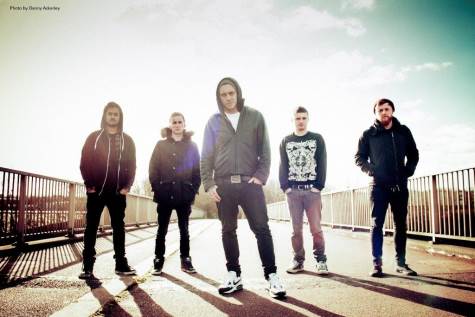 HEART OF A COWARD Release Video For “Psychophant”

HEART OF A COWARD Ink Deal With Century Media Records