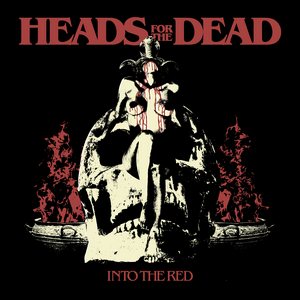 Heads for the Dead came out swinging with their debut, Serpent’s Curse. It was an international act with members from Wombbath, Revel in Flesh, and more, and it sat as being a fun romp that was death metal to the bone. If you already have the formula down and it works, what’s the point in messing with it too much? Into the Red hits just as hard and in the same ways as its predecessor, but with some slight tweaks of course.

The enjoyable formula of switching things up between rousing blastbeat monsters that run at top speed for 2-3 minutes and more mid-tempo and groove-friendly bludgeoning tracks still retains an effective freshness to it. The absolutely ripping tracks like “The Coffin Scratcher,” “Night Ripping Terror,” and “The Revenant” provide some massive thrills to them with unrelenting speed and aggression. They are exactly the type of tracks that make you want to really knock down some walls (or at least kick and scream a bit). But countering them with some more tapered aggression, such as the more atmospheric “At the Dead of Night” or “The Séance” makes you really read to tear into those short bursts. The eerie, longer tracks have different feel, which is nice as there’s still some uniformity to it while giving you some different directions to go in. The cover of Darkthrone’s “Transylvanian Hunger” feels right at home with the Heads for the Dead treatment, upping the brutality of it and twisting it into a more deathly and atmospheric vibe while keeping a nod to the original.

Into the Red is just an enjoyable death metal record from beginning to end. It dishes out short bursts of terror while giving some haunting atmosphere at other times, all while capturing a visceral energy that only an established group of death metal veterans can. A solid recommendation or those who enjoy timeless death metal. 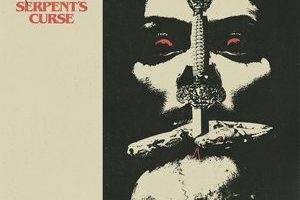