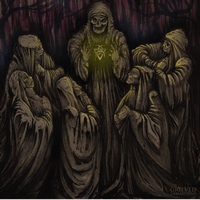 The sound of hardcore is something that has been diluted and altered over the years. When you think of hardcore, one has a tendency to conjure up thoughts about breakdowns and gang vocals. But there is a darker underbelly to the genre for those willing to go the extra mile that seems to be ignored. Grieved falls within the parameters of this movement (as the cover would contend). Recently signed to Prosthetic Records, Samaritans was recently given a digital reissue while the band works on their official Prosthetic label debut set for later this year.

Samaritans is a short, 17-minute jaunt through dark, atmospheric hardcore. Grieved works mostly at the mid-tempo range, offering up easily digestible yet scorching riffs that effectively combine with some acidic shouts. This is angry material, as cuts like “Pale Hands,” and “The Attrition of Reason” convey, and feel more in line with earlier hardcore, in their venomous attack and lack of breakdowns. What separates the band from the pack is their use of atmosphere. There is a more brooding side to the band, which pops out during the title track and “Stockholm Blues” that adds murky acoustic atmosphere which effectively inserts itself among the more caustic riffs. Of course, this is countered by “Glistening,” a snarling 53 seconds of metallic hardcore that pushes things to their fastest in the album.

Between Grieved and Disgrace, a darker and more metallic hardcore has been rearing its head this year. While it feels like it’s over as soon as it’s getting started, this particular brand of hardcore works best in a short dose and allows for repeat listening. There’s a lot of potential here, hopefully the band can capitalize on it all when they deliver that full length later this year. 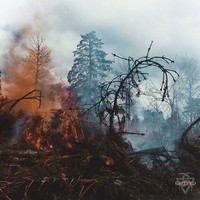