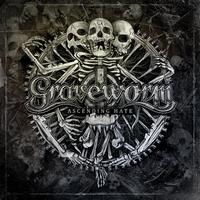 Graveworm has always been one of those metal entities, consistently pushing out albums on a regular basis yet never really achieving the level of recognition a band in the scene for close to two decades should. The band’s ninth output, Ascending Hate, is also their first for AFM Records after a rather long stint with Nuclear Blast. Also worthy of note is that guitarist Stefan Unterpertinger, who left the band after Engraved in Black, has returned to the fold.

If you have any sort of recognition of Graveworm, you should have a good idea what Ascending Hate sounds like. Melodic black/gothic metal with a strong presence of romanticized synths has been the band’s calling card since they began, and nothing is going to change that here. It’s very easy to tell that its Graveworm, which is a compliment since nobody does it quite like them. Triumphant sounds of those like “Nocturnal Hymns Part II (Death´s Anthem)” are what work best for the band. Catchy melodic riffs similar to bands like Naglfar with the grandeur of bands like Dimmu Borgir and Cradle of Filth combined with vocalist Stefano Fiori’s identifiable roar. Songs like “To The Empire Of Madness” occasionally up the speed quotient, while the soothing sound of piano greets you at the beginning of “Rise Again.” It’s these little variations that keep the 55-minute runtime free of any lulls.

Those familiar with Graveworm are also familiar with their tendency to include non-metal covers. The band has had some doozies over the years (who can forget their cover of R.E.M.’s “Losing My Religion”), and Ascending Hate keeps tradition intact. This time, the digipack contains a rather ripping, metallized version of Bon Jovi’s “Runaway,” which is practically a must-hear for any and all fans.

Majestic synths combine with sorrow-filled yet heavy riffing in a way that only Graveworm can provide on Ascending Hate. Quite possibly the best the band has captured since Engraved in Black in its consistency and overall strength. It may have taken a bit longer than the usual 2-year period, but Graveworm delivers once again. 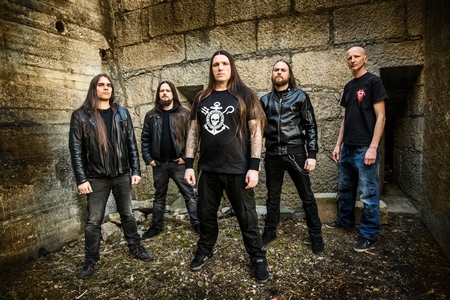