Graveborne – Through the Window of the Night (Séance Records) 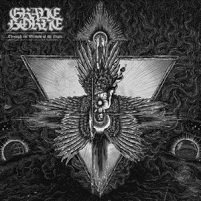 With so many in the black metal scene watering down the formula with shoegaze and atmosphere or blending it with thrash or death, no one bothered to tell Finland’s Graveborne that pure black metal is passé.  If they did, Graveborne must have decided to say, “Screw it, we’re just going forward with what we know.”  Truth be told, they sound better for it.

Through the Window of the Night comes with a sound that harkens back to pure ‘90s black metal like Marduk, The Abyss, or Dawn.  Graveborne’s second release is full of tremolo picking, grim production values, one-dimensional screams, and plenty of blast beats.  There’s no ambience or atmosphere in sight throughout this album.  There are, however, some subtle melodies that keep it from becoming a mindless romp.  The opening of “In the End I Find My Beginning” gives an interesting slow build up to the full speed assault, which features one of the album’s most memorable riffs in the chorus.  The ending of “Root of Evil” has a surprisingly gracefully tone to it, bound to elicit plenty of ‘horns’ and headbanging when played live.  Closer “Men Behind the Sun” also has a suitable majestic feel to it, while “Todkrieg” even features some effectively used chanting vocals.

Though you may have heard it before, Through the Window of the Night’s best strength is it’s uncompromising black metal musicianship.  With so many variations on the subgenre at this point, it’s nice to see a few bands, such as Graveborne, that are holding out and keeping it’s purity intact.  Strange to think that shooting down the straight and narrow would come across as different, but perhaps it’s time to experience an old school black metal revival as we are currently seeing for death metal.