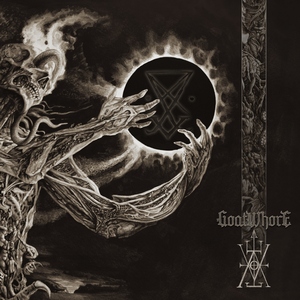 Perpetual road-dogs, Goatwhore somehow manage to find time to squeeze out a new album every few years between touring. The band’s signature concoction of sounds ranging from sludge to black to death and thrash are coming back together for a seventh time with Vengeful Ascension. Like many a veteran act, it’s not about reinvention with each new release, but rather to see what can be done better or tweaked. The Goatwhore train continues to roll forwards…

Always comfortable with their own style of extreme metal, you should have a solid idea of what awaits on Vengeful Ascension. The band does seem to exude “extreme metal” in that no matter your calling, you can find something to attach to Goatwhore and enjoy. Some doomy, sludgy riffing is the focal point of “Decayed Omen Reborn,” a mid-tempo stomper if there ever was one. The type of song that you can almost feel the heads banging in unison as the song progresses. On the other hand, the venomous blackened thrasher of “Mankind Will Have No Mercy” kicks in more adrenaline, but there’s also some melodies below that make the track continue to work after a few listens. In fact, if there’s one thing that can be said about the album as a whole, it’s that the band seems to have found a bit more melodic ground without abandoning their approach. “Chaos Arcane” being another highlight, with a ripping tempo, complete with some commanding riffs atop Ben Falgoust’s rasps and roars and fiery soloing to boot.

At the end of the day, Vengeful Ascension is what Goatwhore fans have come to expect from them. High-caliber metal that shows zero compromise and plenty of gusto. While it may play it safe, there’s few that can argue with the band’s consistency to a quality release over the years. 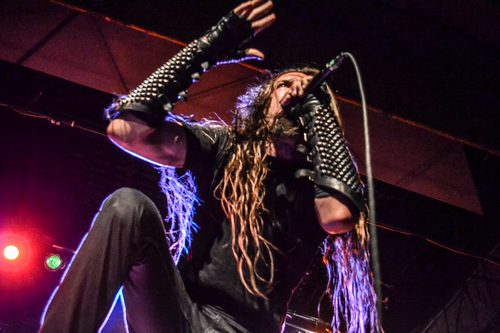