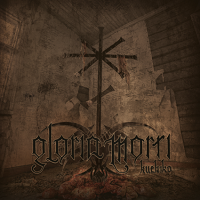 One of metal’s many “morti” bands, Finland’s Gloria Morti were last heard from via 2012’s Lateral Constraint, which saw release via Cyclone Empire. Since then, the Finns have switched over to the ever-formidable Willowtip for the release of their fifth full-length platter, Kuebiko. An otherwise one-dimensional, blast happy death metal ensemble, Gloria Morti fall prey to a one-dimensional, uniform approach that practically does the album in from the get-go. And in their apparent race to be the fastest, most intense Finnish extreme metal band, there’s lots left to be desired here.

The template Gloria Morti employs throughout Kuebiko is an obvious one: Line up a devastating barrage of quickened blast beats (sometimes gravity blasts make their way into the mix) with nimble, nearly melodic speed riffing, and there’s your song. On occasion, there’s the odd ominous wrinkle, like on “Josef Fritzl,” but they’re sandwiched between the aforementioned elements, and thus complemented by the never-ending footwork of Kauko Kuusisalo. (Note: Drummer-less extreme bands needing someone for session work should hit Kuusisalo up. He’s a beast.) But there’s no let up here. Even as one waits for the proverbial “breather” song (which comes via “Chimeral Form”), it’s off the races once again with “Death by a Thousand Cuts (Lingchi).”

It would be unfavorable, and perhaps, inaccurate at best to say Kuebiko lacks in execution. It certainly doesn’t. However, single-minded efforts as this tend to buy into the idea that extreme metal can actually be a draining listen. Kuebiko can certainly be a drain on the brain considering its stubbornness and adherence to the “extreme,” which is fine and dandy. Gloria Morti should temper their audience expectations, then. 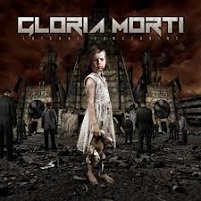