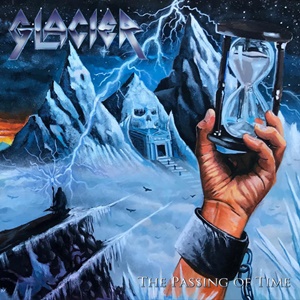 We all know that in the history of heavy metal, certain acts made underground inroads but never sprouted to the big leagues. Oregon act Glacier achieved cult status through their self-titled EP of 1985, eventually disbanding in 1990. A tribute band Devil in Disguise came into existence in 2016 for festivals stateside and in Germany, eventually deciding to resurrect under the Glacier moniker. After lineup changes left vocalist Michael Podrybau as the lone member with original ties, the band set out to develop this full-length return for The Passage of Time. Combining some older songs with newer material, it’s easy to hear that we have a unit content to churn out US power/heavy tracks full of catchy twin guitar harmonies, solid rhythm section play, and soaring vocal melodies.

Possessing a sound that straddles a lot of influences that US bands like Omen and Jag Panzer developed along with some early East Coast bands like Liege Lord or Attacker, you’ll hear power chords and riffing that makes you want to plunge a sword into stone or rejoice in fanfare. Older songs like “Live for the Whip” and “Sands of Time” possess that mid-80’s uplifting atmosphere, Michael’s passionate upper range soaring to the sky while guitarists Mike Maselbas and Marco Martell lay down thunderous riffs and mesmerizing melodic leads – fleshed out by guest appearances from early Glacier players like bassist Tim Proctor and drummer Loren Bates. Semi-progressive Iron Maiden strains come in throughout “Infidel”, the marching riffs and twin guitar harmonies blazing the trail musically, while closer “The Temple and the Tomb” the longest track at 6:32 contains some exotic-like textures against very entertaining mid-tempo transitions that should ensure unison slow headbanging maneuvers. The production and tones have that older sheen – clear and commanding, but something more in your face where you can feel the power pouring through the speakers.

Topped off by icy cover art from Daniel Charles, The Passage of Time proves that 80’s style heavy/power metal done in the US style keeps Glacier razor sharp and worthy of investigation. 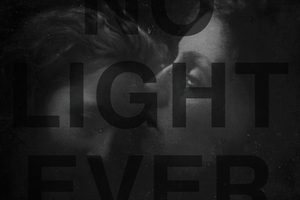