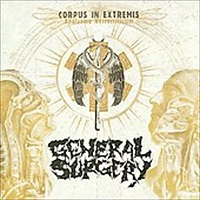 Carcass worship at its finest, it’s most “exhumed,” so to speak. Veteran Swedish death metallers General Surgery have made a career out of aping Carcass circa 1991 and considering how well the recently reunited quartet’s songs

held up in the live setting, it’s no wonder these Swedes have lasted as long as they have. Then again, there has to be some lack of fulfillment here; you can only mimic your heroes for so long.

Loads of riffs and rhythms here that could be yanked right off Necroticism: “Idle Teratoma Cove” has the meaty plunder of a “Pedigree Butchery,” “Restrained Remains” reeks of Symphonies of Sickness, “Final Excarnation” is total dead-wringer for “Indoctrination” to the point its almost sickening. Yeah, these puns are getting a bit diluted. Time to sharpen the tools of the trade!

But no, take Corpus In Extremis for what it is and at face value. There are some classic death metal moments worth heeding, namely the opening lurch of “Necrocrticism” and the Grave-on-steroids rampage of “Plexus Necrosis.” And good thing these songs and short and to the point: we’ve got 15 songs to pillage through.

When deciding which side of the Carcass worship fence to sit on, you’re better off with going with bands

like General Surgery, vintage Exhumed or The County Medical Examiners. It seems like the bands trying to cop Heartwork-era Carcass over-extend themselves and wonder off into less-than desirable territory. General Surgery on the other hand, know what they’re doing, most likely have Steer’s riff notations memorized and do the right thing by waiting a few years, release a new album, figure everyone will forget about their last, then put a new one. Keep on rotting, gents. 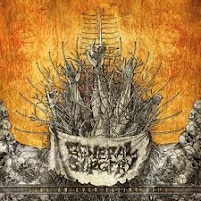